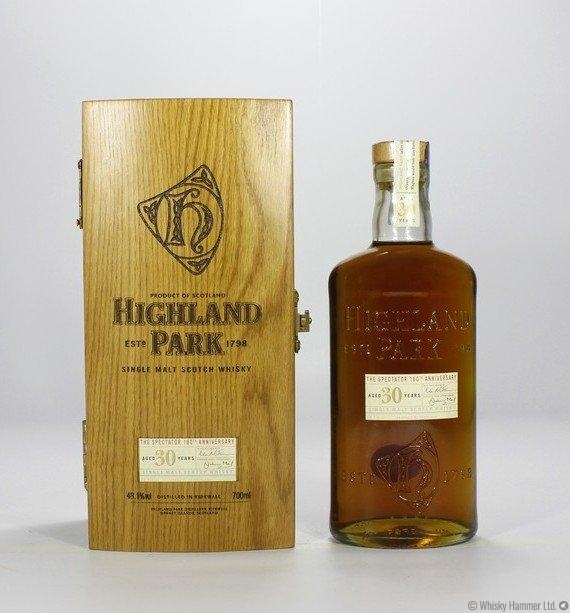 This Highland Park 30-year-old has been designed to commemorate the 180th anniversary of "The Spectator" magazine, and is limited to 180 bottles.

The label features the signature of Andrew Neil, publisher of "The Spectator". The elegant wooden presentation box includes tasting notes and a certificate stating this bottling was commissioned bottling by the magazine.