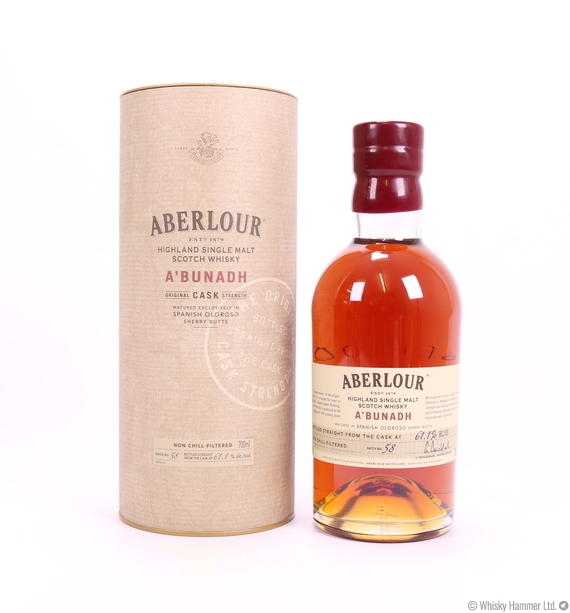 Highly acclaimed as one of the best ongoing batch releases of whisky, the Aberlour A'bunadh is bottled using only first fill Oloroso sherry butts, this is batch #58 released in late 2016 - bottled at cask strength.