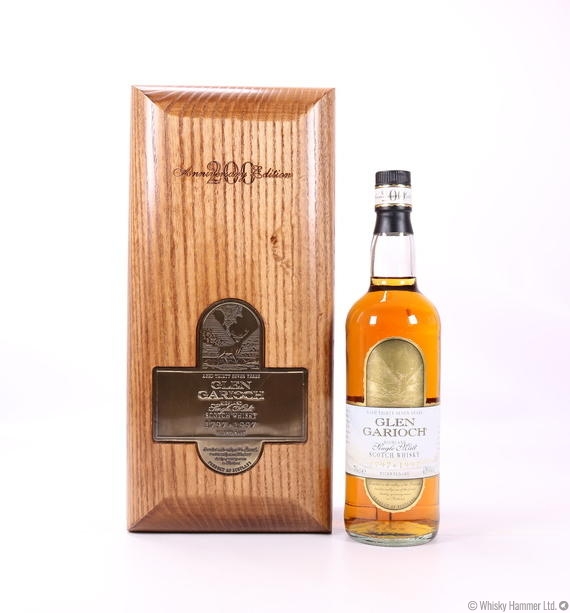 A 37 year old bottling of Glen Garioch, released in 1997 to celebrate the 200th anniversary of the founding of the distillery. Perfect condition, no damage at the wooden box or bottle.