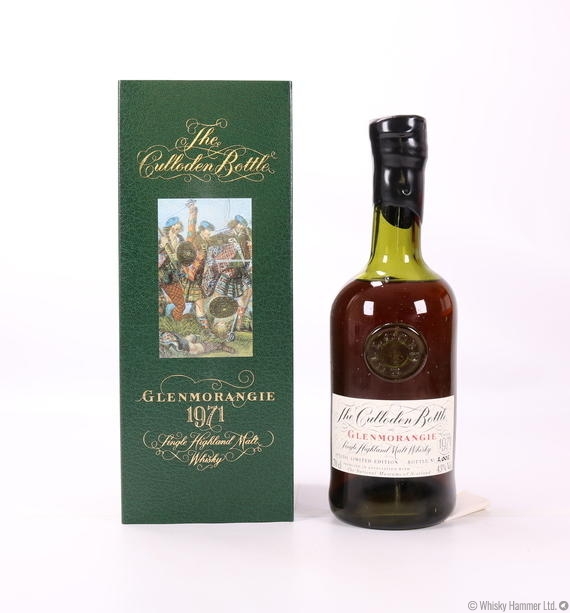 "The Culloden Bottle" is a replica of a rare 18th-century flask which once belonged to Duncan Forbes of Culloden, and which probably contained Ferintosh whisky, the earliest known brand of Scotland.

A very special Limited Edition of only 2,500 bottles, distilled in 1971 and filled on 25th October 1995 to mark the 250th Anniversary of the Battle of Culloden in April 1746. The whisky was produced in association with The National Museums of Scotland.

This is bottle number 1,601 and comes with signed seal of authenticity certificate and original presentation box.