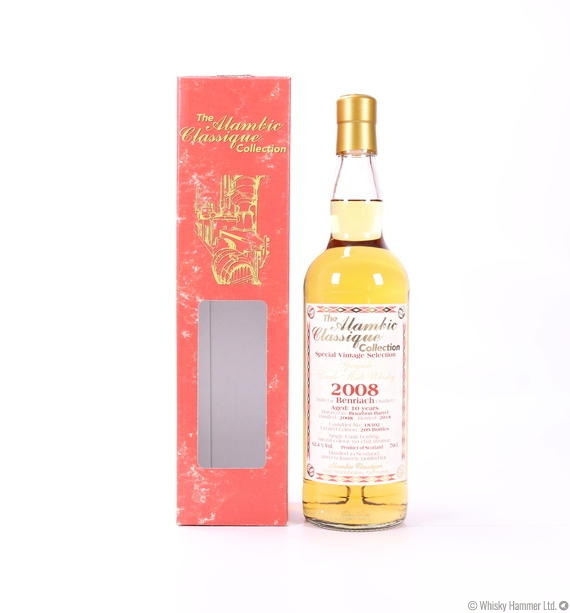 This 10 year old was distilled in 2008 at Benriach Distillery, matured in Bourbon Barrel before being bottled exclusivley for Alambic Classique in 2018.