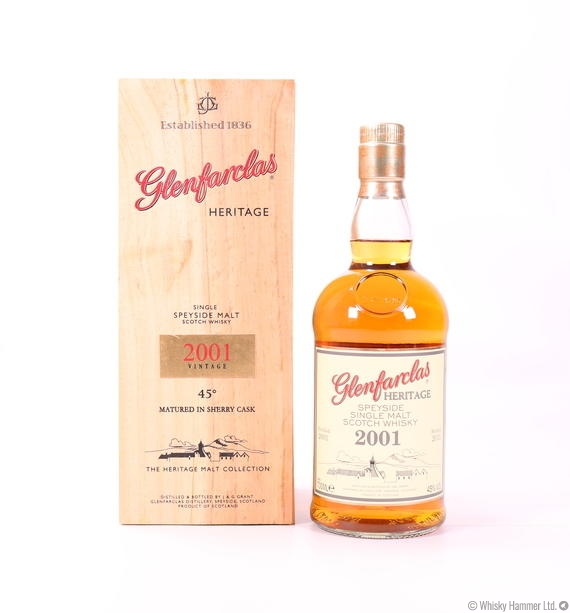 A vintage Glenfarclas, distilled in 2001 and bottled in 2011 as part of their Heritage collection.

Imported for the French market.