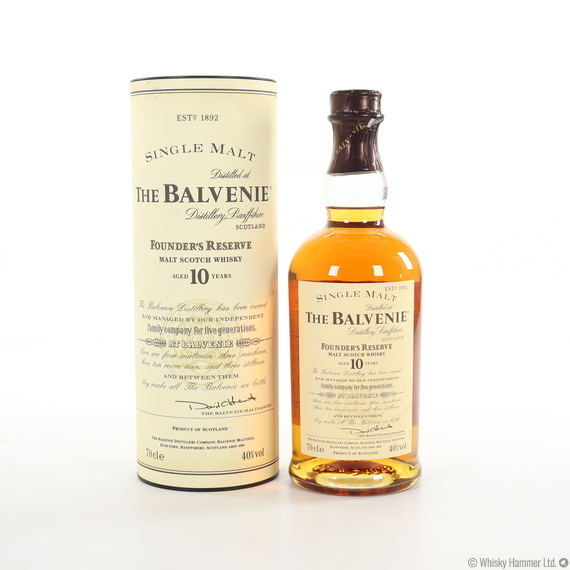 Now discontinued, this is a classic 10 year old created by The Balvenie Malt Master, David Stewart, from a marriage malt matured in bourbon cask and sherry butts - a cornerstone of The Balvenie range since the early 1980s.