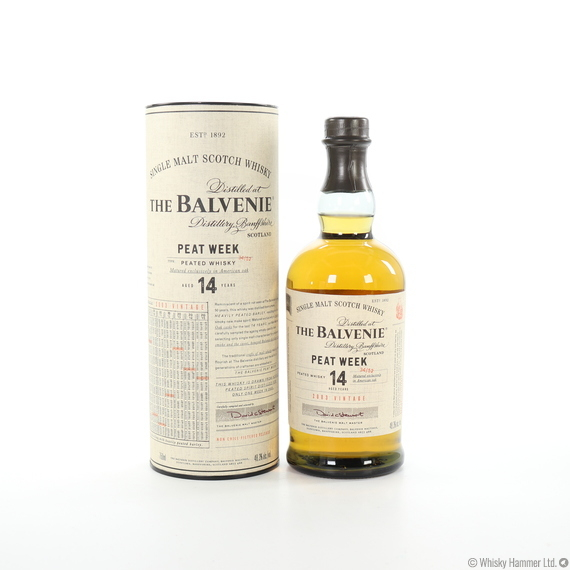 The Balvenie Peat Week Aged 14 Years (2003 Vintage) is a single vintage bottling, limited and rare by nature. This non-chill filtered expression is bottled at 48.3% ABV and matured solely in American Oak casks, providing a velvety and round taste with woody peat smoke balancing oaky vanilla and honey.