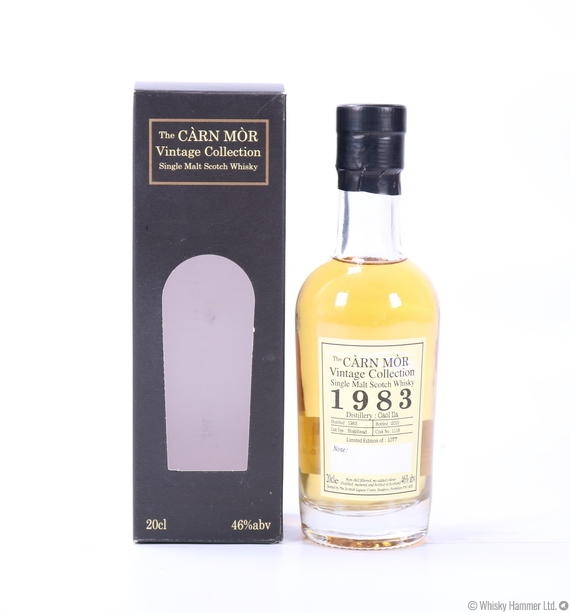 A 1983 vintage distilled at the Caol Ila distillery, bottled in 2010 from a hogshead cask for the Carn Mor Vintage Collection.