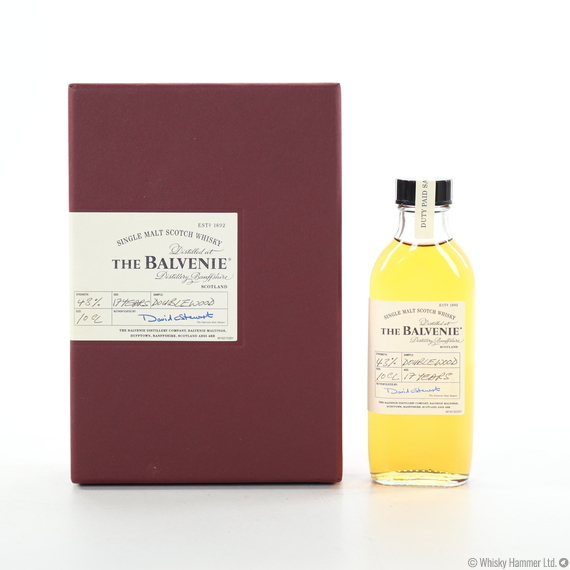 A 10cl sample of 17 Year Old Balvenie matured in traditional whisky casks for many years before further maturation in sherry oak.