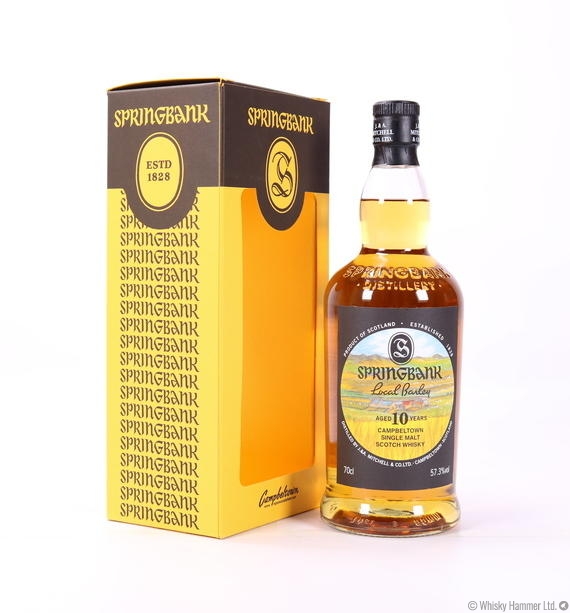 The Springbank 10 Year Old (Local Barley) was distilled in June 2007 and bottled in November 2017.  The whisky has been distilled from 'local barley', grown on the Kintyre Peninsula, West Backs Farm, a few miles from Springbank.