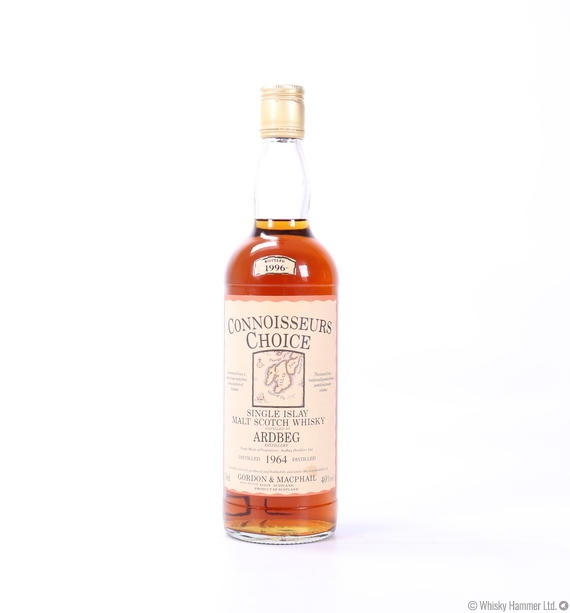 This single malt was distilled in 1964 and bottled in 1996 at the distillery Ardbeg for the very successful Connoisseurs Choice range by Gordon & MacPhail.