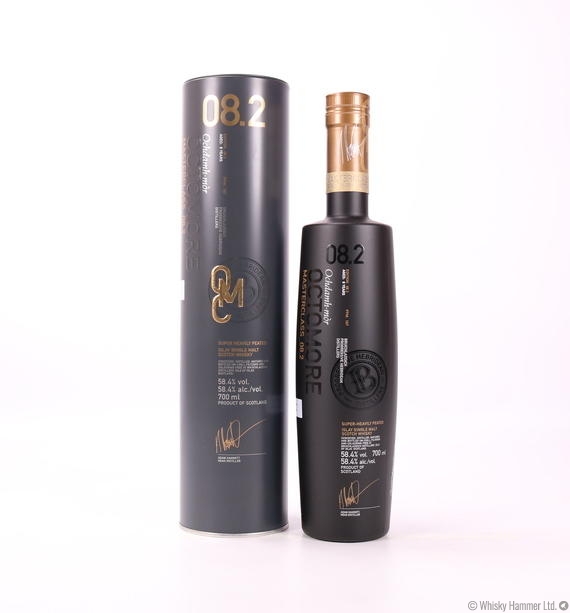 "INITIATION BRINGS PROVOCATION. ALL OF THE OPULENT SPIRIT IN 08.2 SPENT THE FIRST SIX YEARS OF ITS LIFE IN ONE OF THREE DIFFERENT STYLES OF WINE CASK.

French Mourvedre – a red wine grape that has a reputation for producing intense red fruit, and strong, earthy, even gamey flavours.

Austrian sweet wines – full bodied and charming with an ability to challenge convention with innovative techniques.

French Sauternes – casks from the Graves section in Bordeaux that previously held some of the most revered and exclusive dessert wines the world has ever seen.

All of the above were second fill casks which had calmed the wood perfectly in preparation for a longer maturation with the mighty Octomore before being ACEd into fresh Amarone casks for a period of two years."