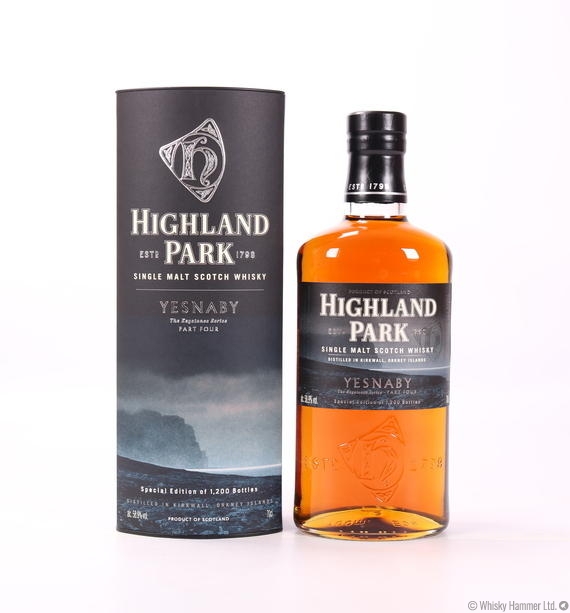 A Specila Limited Edition release from Highland Park in 2017, "Yesnaby" is the 4th release in the Highland Park Keystone Series – a collection of special bottles that highlight the five Keystones of production which combine to make Highland Park stand apart from other Single Malts.

"Yesnaby" is named after the dramatic cliffs on Orkney's Atlantic coastline, the final point on land before Greenland.