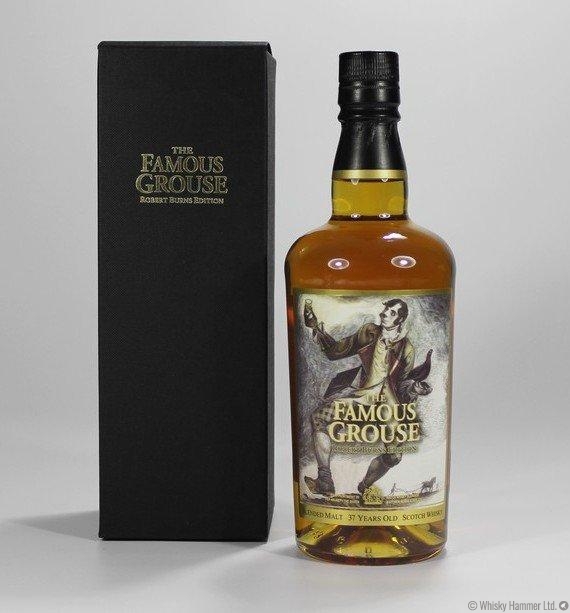 The Famous Grouse is a brand of blended Scotch whisky, first produced by Matthew Gloag & Son in 1896, and currently produced and owned by The Edrington Group.

The single malt whiskies used in The Famous Grouse blend include the Edrington-owned Highland Park and The Macallan.  Its emblem is the Red Grouse, Scotland's national game bird.

This is a limited edition bottle of the Famous Grouse scotch whisky which was released to celebrate the 250th anniversary of Scottish bard, Robert Burns.

It features an illustration by John Byrne that was specially commissioned for the occasion.

One of 250 bottles released