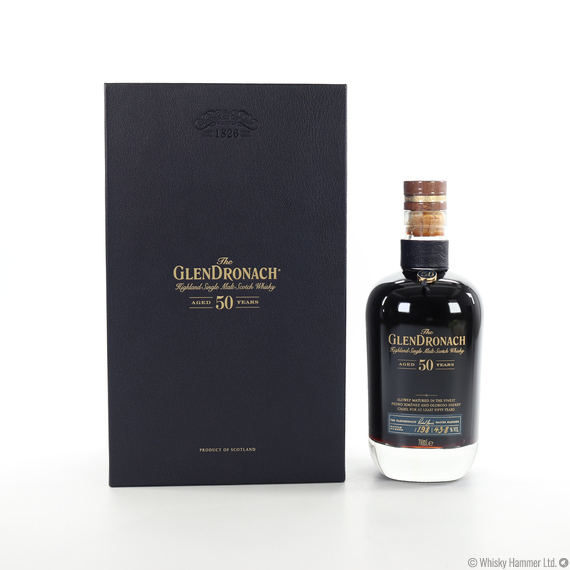 Personally selected by master blender, Rachel Barrie, this rare and sought after release was distilled in 1971 using direct-fired casks, and laid down in two casks; a Pedro Ximinez sherry cask and an Oloroso sherry cask before being aged for over five decades in GlenDronach’s dunnage warehouse. These casks were then married for a final maturation period in a single Pedro Ximenez sherry cask, with an outturn of just 198 bottles.

Each bottle of aThe GlenDronach 50 Year Old is hand numbered bottle and presented in a genuine leather case, accompanied by an embossed leather booklet detailing the distillery history, tasting notes, and its unique craft.

(*Please note that the bottle number has been digitally masked at the seller's request. Bottle number will be revealed to the wining bidder only.)