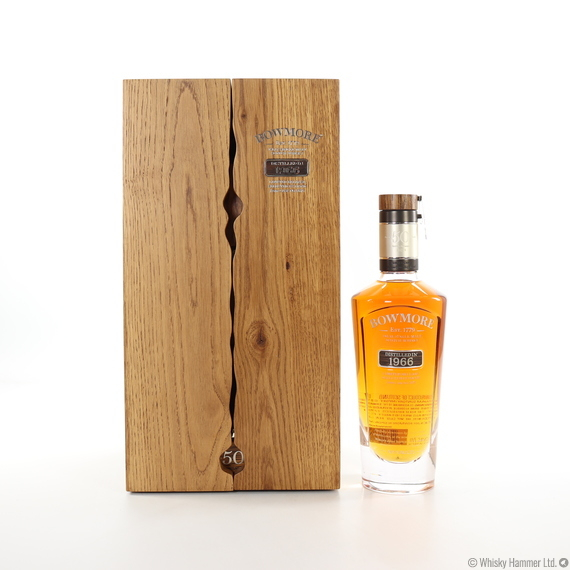 A very special 50 year old single malt from the Bowmore distillery, distilled in 1966 and matured in a single ex-bourbon hogshead (#5675) before being bottled in 2017.

The whisky is beautifully presented in a handmade crystal decanter with sterling silver decor, housed in an oak presentation box with five hand-laid silver rings at its centre to represent the five decades that the whisky matured.