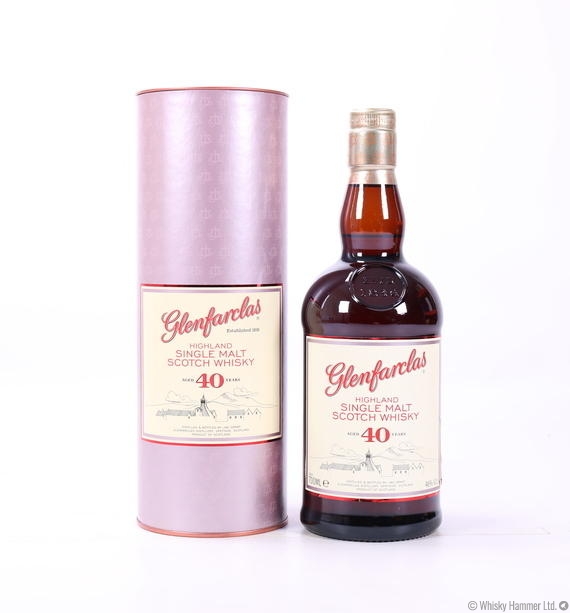 Glenfarclas is a Speyside whisky distillery in Ballindalloch, Scotland. Glenfarclas translates as meaning "valley of the green grass". The distillery is owned and run by the Grant family.  The distillery has six stills which are heated directly by gas burners.

A fantastic 40 year old whisky, produced by one of Scotland's last remaining independent distilleries; Glenfarclas.  This whisky was matured in casks specially selected by George S. Grant, Director of Sales and the sixth generation of the family who own and manage the distillery.