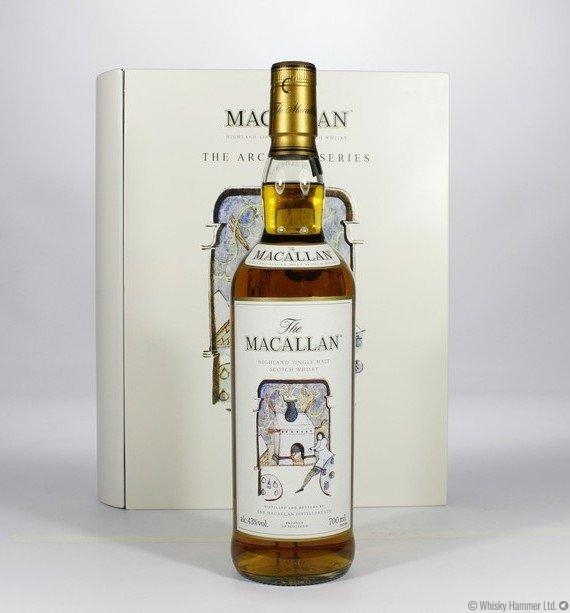 The "Archival Series" from Macallan is a limited edition, distillery only release which recreates the old advertising styles of The Macallan.

Released in 2015, "Folio 1" is the 1st release in the Archival Series, and is presented in a tin book style package, which includes a USB stick with distillery photographs from advertisement archives.

Although it isn't shown on the package, we have received confirmation from the distillery that this release is limited to only 2000 bottles.