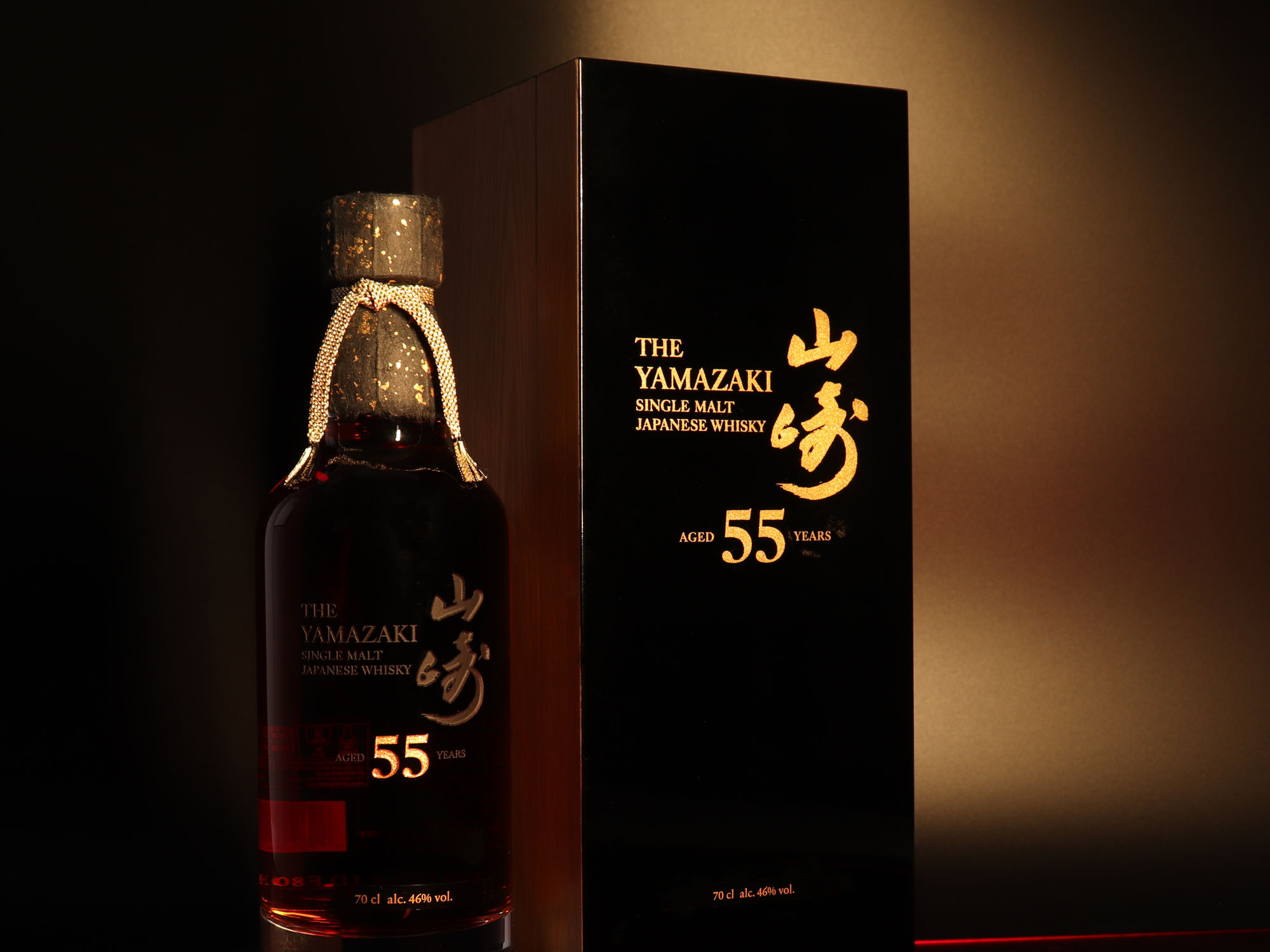 The Spirit of Japan

...whisky that reflects the nature of Japan and the spirit of Japanese craftsmanship...

This phenomenal release from Yamazaki, the oldest Japanese single malt bottled to date from the oldest distillery in Japan, is a true collector's piece.

This 55 year old single malt is a marriage of two casks; a 1960 vintage aged in a Mizunara cask managed by Suntory founder; Shinjiro Torii and a 1964 vintage aged in a white oak cask to represent the year his son, Keizo Saji, succeeded him as second-generation Master Blender.

Shinji Torii aimed to "create a perfect whisky that reflects the nature of Japan and the spirit of Japanese craftsmanship" and true to this mantra, every aspect of this exceptionally coveted bottle has been considered. For example, Whisky flavours do not typically change much after 30 years but to counter this, the barrels were periodically moved to cooler locations so the maturing process slowed, giving the whisky a more nuanced character.

The presentation is equally special; A Japanese crystal bottle with maki-e, the traditional Japanese technique of sprinkling gold powder on lacquerware, to decorate the engraved '55', handmade Echizen washi paper, bound by Kyo-kumihimo plaited cord, a traditional craft from Kyoto, to top the bottle and a presentation box made from native Japanese Mizunara wood, coated with Suruga lacquer exemplify the highest quality of Japanese craftsmanship.

Only 200 bottles of this historic release were produced. The first 100 were sold through a bottle lottery held solely in Japan in June 2020. These bottles were engraved with the names of the winners. This left a mere 100 non-personalised bottles for the global release in 2021.

This breath-taking bottle is from the global release and therefore is not personalised, retaining the beauty and aesthetics as they were originally intended. Included are a very limited pair of tasting glasses, which were exclusive to the world launch, presented in a stunning presentation box to match the release.

Shinji Fukuyo, current and fifth Master Blender at Yamazaki distillery, said of this release: "I often view other extra-aged whiskies as art, but I consider Yamazaki 55 to be more like a Buddhist statue – calm and mysterious, requiring time to truly enjoy the inner beauty”. 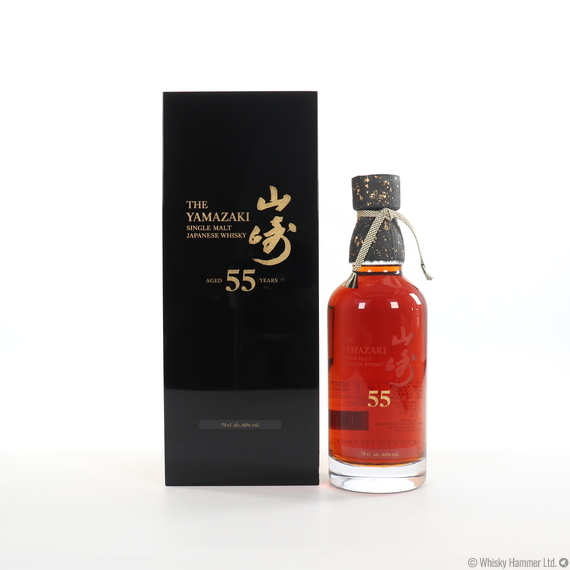