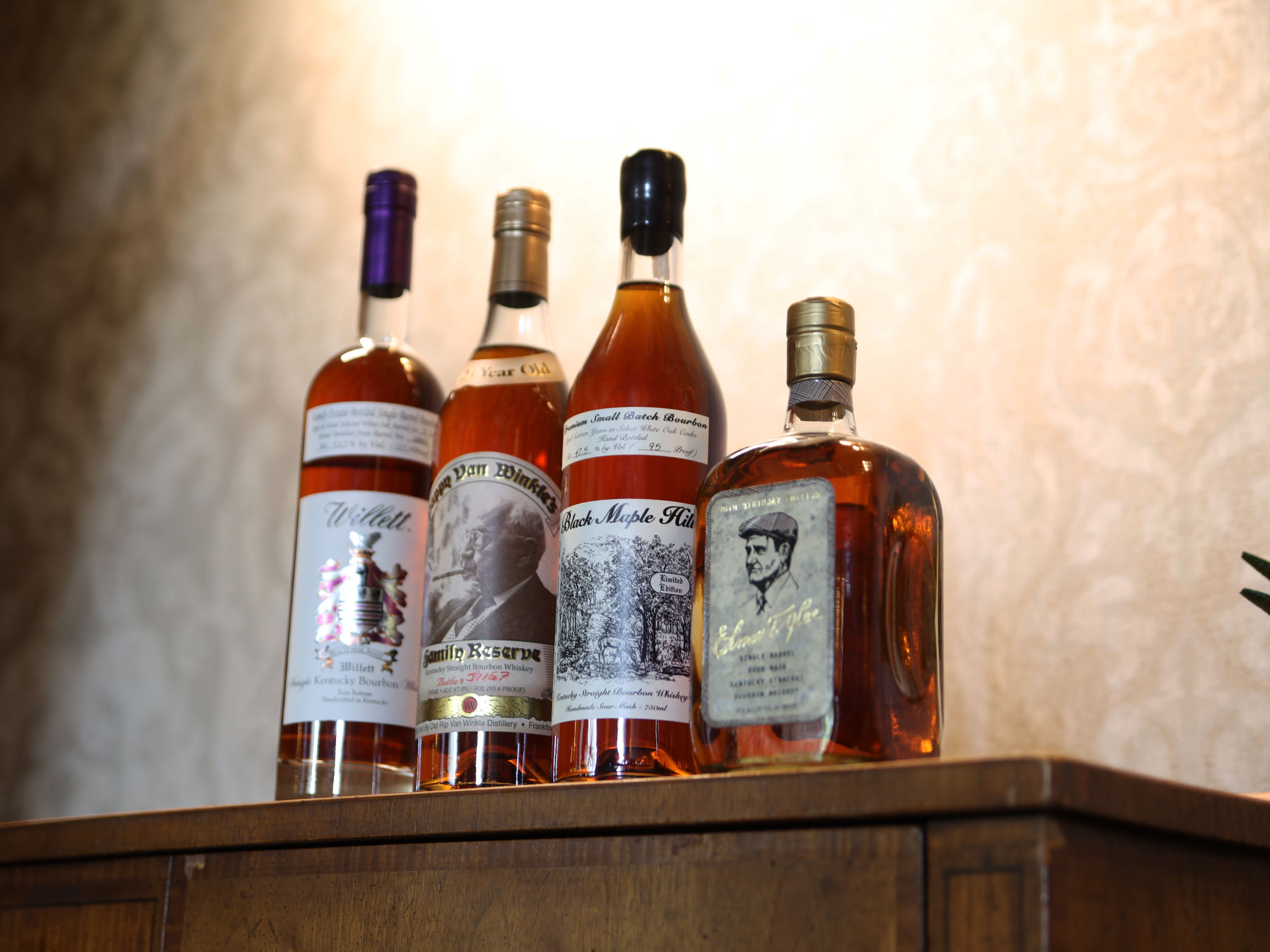 The Spirit of America Whiskey Auction

For the first time ever, coinciding with Independence Day in the United States; Whisky Hammer hosts a specialised American whiskey auction- showcasing over 500 lots of rare and collectable bottles. This auction celebrates some of the most sought-after expressions from the likes of Pappy Van Winkle, Black Maple Hill, Colonel EH Taylor and Buffalo Trace. Taking place 4th-10th July from 7pm (BST).

Featuring in this auction will be an Old Rip Van Winkle 23 Year Old (1986) Family Selection. This rare hand-filled crystal decanter of the 23 year old was the first time the Van Winkle bourbon has been bottled at a proof other than 95.6. The 23 year old barrels were hand selected from a 50 barrel selection distilled in 1986 before being bottled at 114 proof and presented alongside two crystal Glencairn glasses and stopper. From the perspective of many collectors and enthusiasts, Van Winkle bottlings are the pinnacle of American whiskey; and this decanter is especially unique.

“This is an exciting collection for us to be auctioning – and not just because of the variety of bourbon on offer. Some of the stories behind these bottles are fascinating and give an insight into different time periods in American whiskey." Daniel Milne - Co-founder/Managing Director at Whisky Hammer.