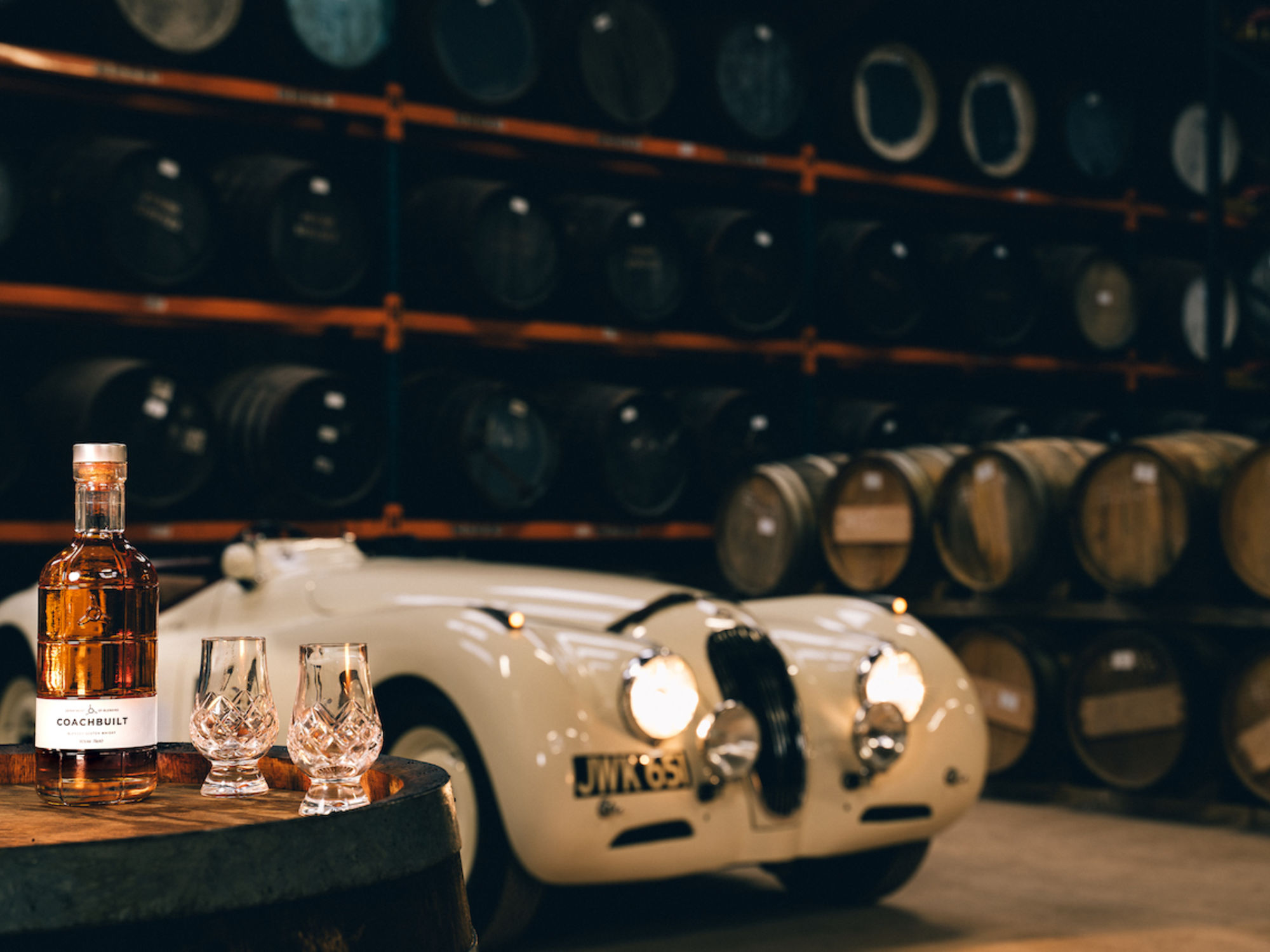 Coachbuilt was created around the desire to show the similarities between high-end automobiles and premium whisky. Founded by whisky expert and writer George Koutsakis- George strived to place the spotlight back onto blended whisky and re-establish the acclaim that premium blends deserve.

"Coachbuilt began from a realisation that blended Scotch whisky does not receive the praise it deserves worldwide. With our whisky we cast the spotlight on the immense skill required to take components from dozens of distilleries across the country, and piece them together, to create a liquid defined by balance and complexity" - George Koutsakis

George partnered up with former Formula 1 driver and 2009 world champion, Jenson Button, to bring this project to life. The name Coachbuilt derives from coachbuilding; the craft of engineering and designing the exterior body of an automobile. This is a field that Jenson Button is an expert in, having met George during the launch stage of his own coachbuilding company- Radford. This partnership of whisky expert George Koutsakis, and the expertise that Jenson Button has developed through his illustrious Formula 1 and general motorsports career, created the winning formula.

Coachbuilt sources whisky from all five regions in Scotland; Speyside, Highlands, Lowlands, Campbeltown and Islay. This resulted in a smooth and creamy blend for Coachbuilt's 'Build No.001' release.

"Both coachbuilding and whisky blending require numerous components from different producers, both need extreme skill and expertise to be put together, and both need continuous refining to turn in to something beautiful." - George Koutsakis

Whisky Hammer is delighted to have to 5 Coachbuilt Build No.001 bottles in this months auction, each signed by Formula 1 legend and Coachbuilt brand ambassador; Jenson Button. 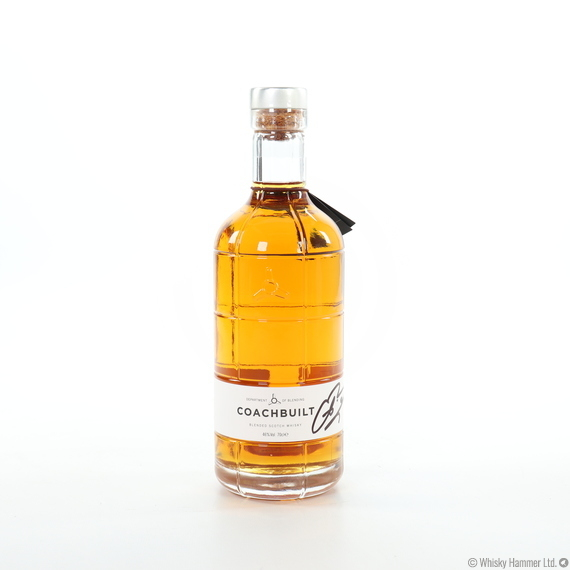