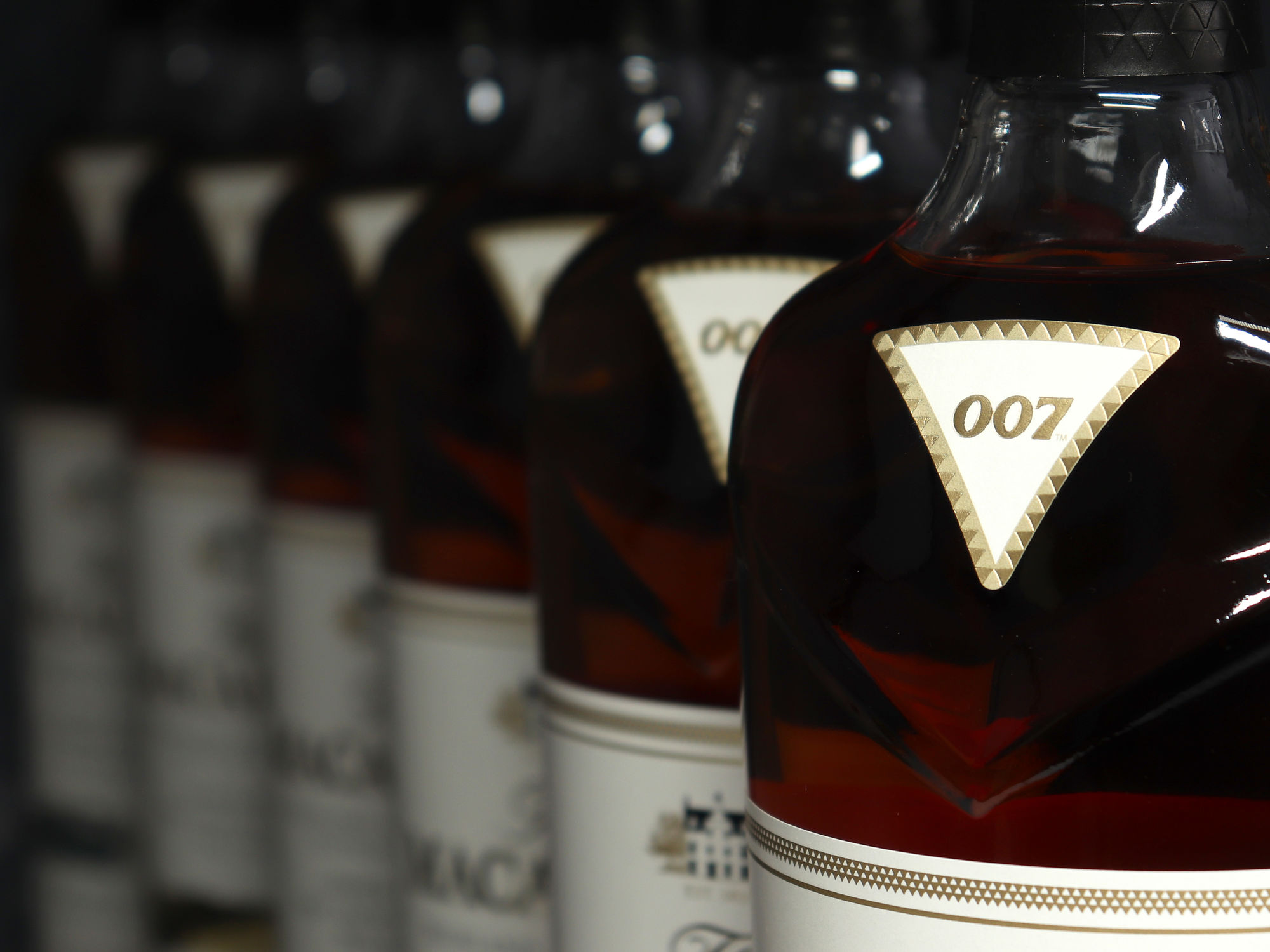 Mr Bond, we’ve been expecting you

Bringing in a new group of people into the whisky world

To celebrate the 60th anniversary of the longest running franchise in the entertainment world Macallan’s master whisky maker, Kirsteen Campbell, created an exceptional single malt whisky with an ABV of 43.7%. The ABV is set to pay tribute to Bonds agent number, 007. Six bottles were released, with one to honour each decade of the film franchise. Each decade has a different theme which illustrates a behind-the-scenes insight into the movies from those decades, by using small script passages and some planning sketches.

Both having Scottish routes, this isn’t the first time Macallan and Bond have shared the spotlight. For the 50th anniversary of the Bond films Daniel Craig is spotted drinking a Macallan Fine and Rare 1962, in the movie Skyfall, as Macallan slowly became Bonds whisky of choice.

Prior to releasing the 007 bottles, Macallan released tickets to “The Macallan in Cinema”, an exhibition held at The Macallan Estate in Speyside. The experience took viewers on a journey through the decades giving them a more in-depth look into the production of arguably the most iconic movie franchise in the world. Between the cinema tickets and the 6 bottles, Macallan have not only attracted their usual audience of investors and collectors but also James Bond and 007 fans, bringing in a new group of people into the whisky world. 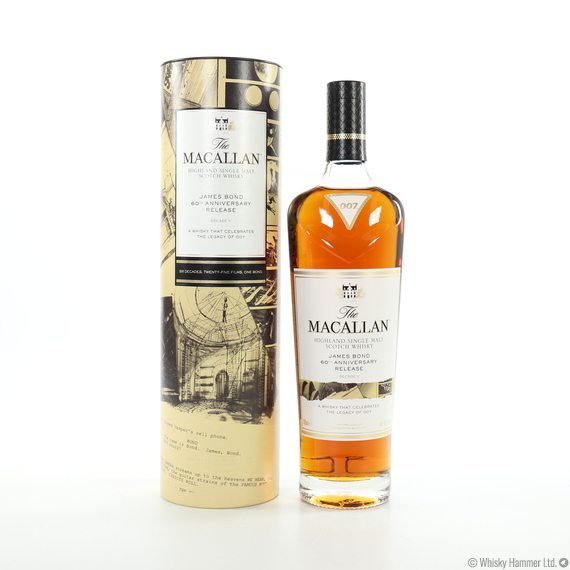